Okay, everyone, doing something completely different! I've never participated in a blog tour. Ever. But I am now :) If you're interested in reading about teens (which you probably are if you're following my blog) and you like zombies (which you probably do if you watch The Walking Dead), then check out Jill Elaine Hughes' book: ZOMBIE, INCORPORATED. 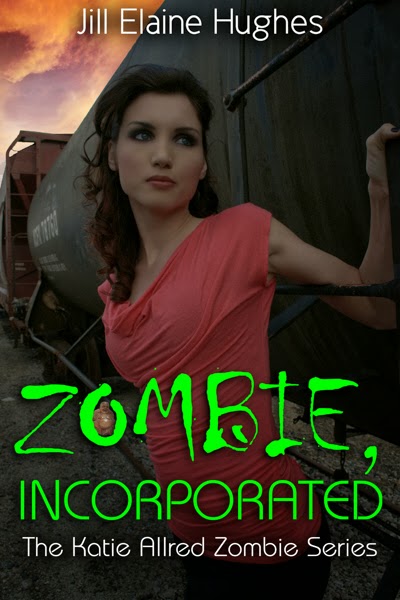 Eighteen-year-old Katie Allred is socially awkward and unpopular at school. The only child of parents who had her right out of high school, Katie is herself about to leave the nest, even though she hardly feels ready.

Katie’s new after-school job at the Zimble Box Corporation draws her into the complex social strata of high school cliques and backstabbing friends in ways she never imagined. Katie soon discovers there’s something very strange about the “in” crowd at school---and about her employer, too. Shortly after starting her new job, the Contagion breaks out, plunging her town and the entire nation into chaos as zombie shadow forces come out into the open, ravaging the streets. Katie goes into hiding and her parents disappear, along with almost everyone else she knows.

But Katie soon discovers she has special powers that help her survive. She’s a Beacon, someone with the innate ability to help zombies produce children. It’s a power her employer — and what little remains of the U.S. government — both want to exploit for their own ends. Not only that, it runs in her family---which has a secret past Katie never knew about until now.

Enter Agent Morehouse of the FBI Special Zombie Control Unit. A reformed zombie working undercover, he suppresses his urge to eat human flesh in order to serve and save humanity. But Agent Morehouse can’t help but be attracted to a Beacon like Katie, and she to him. Even as they fight zombies the world over, they must fight their intense attraction to each other, hoping to keep Katie from suffering Agent Morehouse’s terrible zombie fate. 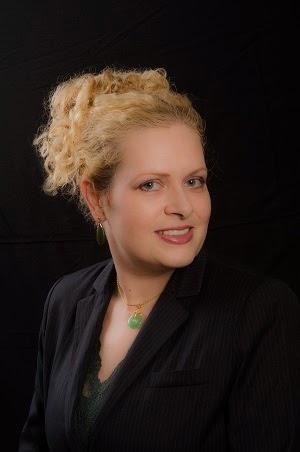 JILL ELAINE HUGHES is a journalist and playwright as well as a New Adult fiction novelist.  As a reporter, she has contributed to the Chicago Tribune, Chicago Reader, Washington Post, New Art Examiner, Cat Fancy magazine, and numerous other media outlets. Her plays have widely published and produced in New York City, Chicago, Los Angeles, Seattle, Atlanta, and many other U.S. cities, as well as in the UK and Australia. Before self-publishing New Adult fiction, she published many erotic romance novels under the pen names “Jamaica Layne” and “Jay E. Hughes” for publishers like Ellora’s Cave, Virgin Books, Decadent Publishing, and Ravenous Romance.

Get to Know Jill

Why do you write?
Honestly, because I have to. If I don’t, I’ll go nuts!

Who has helped you the most in your career as an author?
I have to say it was my high school English teacher, Mrs. Stevens. She was the toughest writing teacher I ever had, and I credit her with giving me the tools I needed to be a professional writer---both a journalist and an author. She was so tough on her students that most of them hated her (I did too, at the time), but I learned to appreciate what she instilled in me later on, especially when I got to college and then out on my first professional writing jobs.

When you write, what things do you want close at hand? (Coffee, water, chocolate... pictures of gorgeous hunks for inspiration...?)
Diet Coke, tea, and granola bars.

What other jobs have you held besides writing?
I’ve actually been a professional writer for my entire career, either as a journalist, corporate-communications writer, or as a novelist.  Though I have also worked odd jobs as a waitress, as a temp worker in offices, and as a custom art framer back when I was in high school.

Which of your books was the hardest to write and why?
I think it was probably my current New Adult paranormal release, ZOMBIE, INCORPORATED. The heroine of that book is 18 years old and it’s told in the first person, plus she is a very different kind of person than I am.  Stepping into her shoes every day to write her story was tough. Plus, this is not your typical zombie book. It’s more psychological. Instead of the zombies being in-your-face, blood-guts-and-gore, it’s all very shadowy and uncertain. You don’t know for sure who are zombies and who aren’t---which just makes it that much more dangerous! I had to spent a lot of time planting clues and subtext, and building a plot that resembles a psychological thriller (think old-school Hitchcock) more than straight horror.

If you could time travel what era would be your first stop?
Edwardian England!

Do you believe in luck?
I think you can make your own luck.

Do you play any musical instruments?
No, but I’m a classically trained singer.

Who are your greatest paranormal fiction influences?
I’m very into old-school, classical paranormal mysteries that was very language- and subtlety-driven. I love Mary Wollstonecraft Shelley, Bram Stoker, and Daphne DuMaurier. I also love early Stephen King (not crazy about his new stuff, though), Jane Yolen, and Neil Gaiman
Posted by S. Walden at 6:40 PM