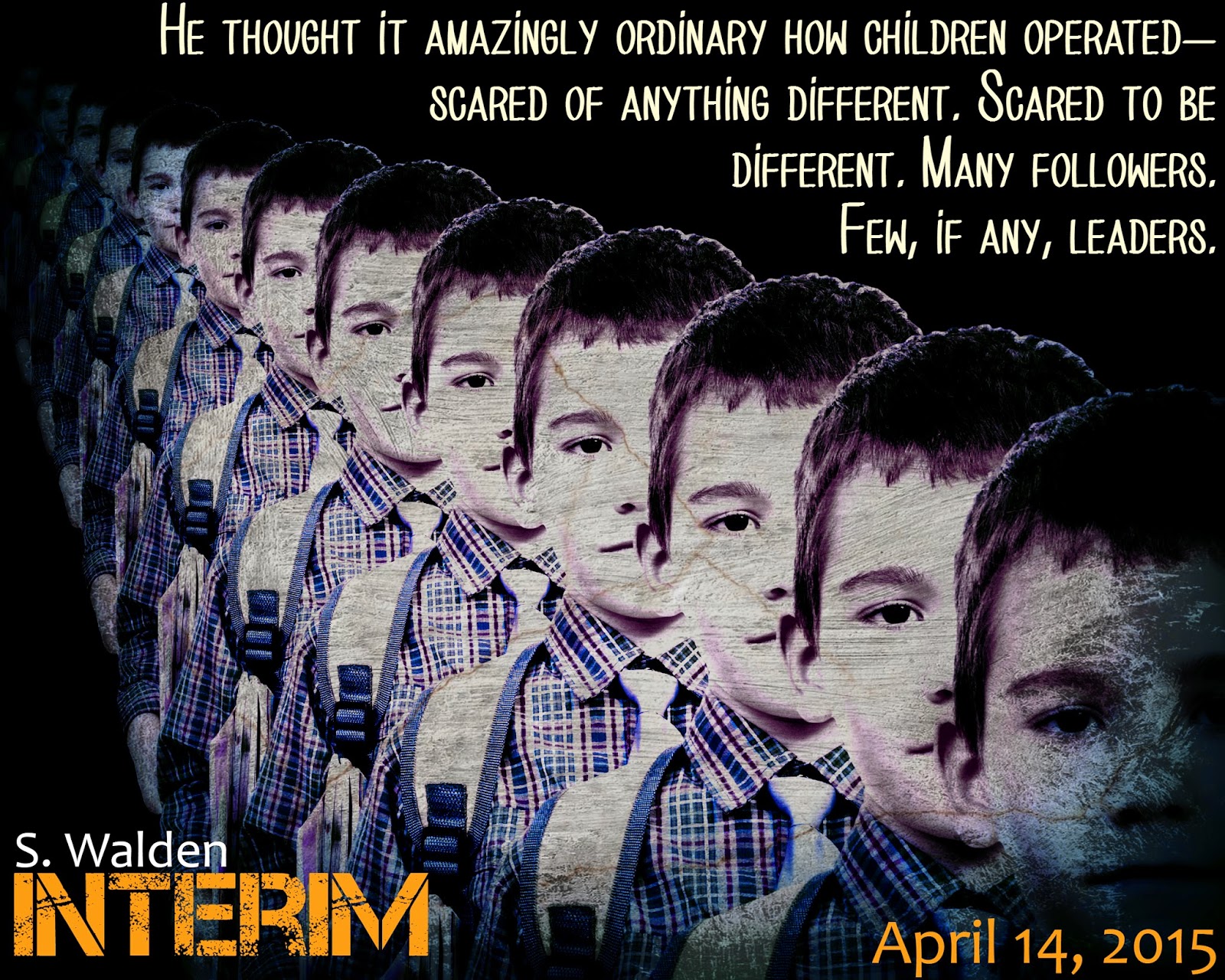 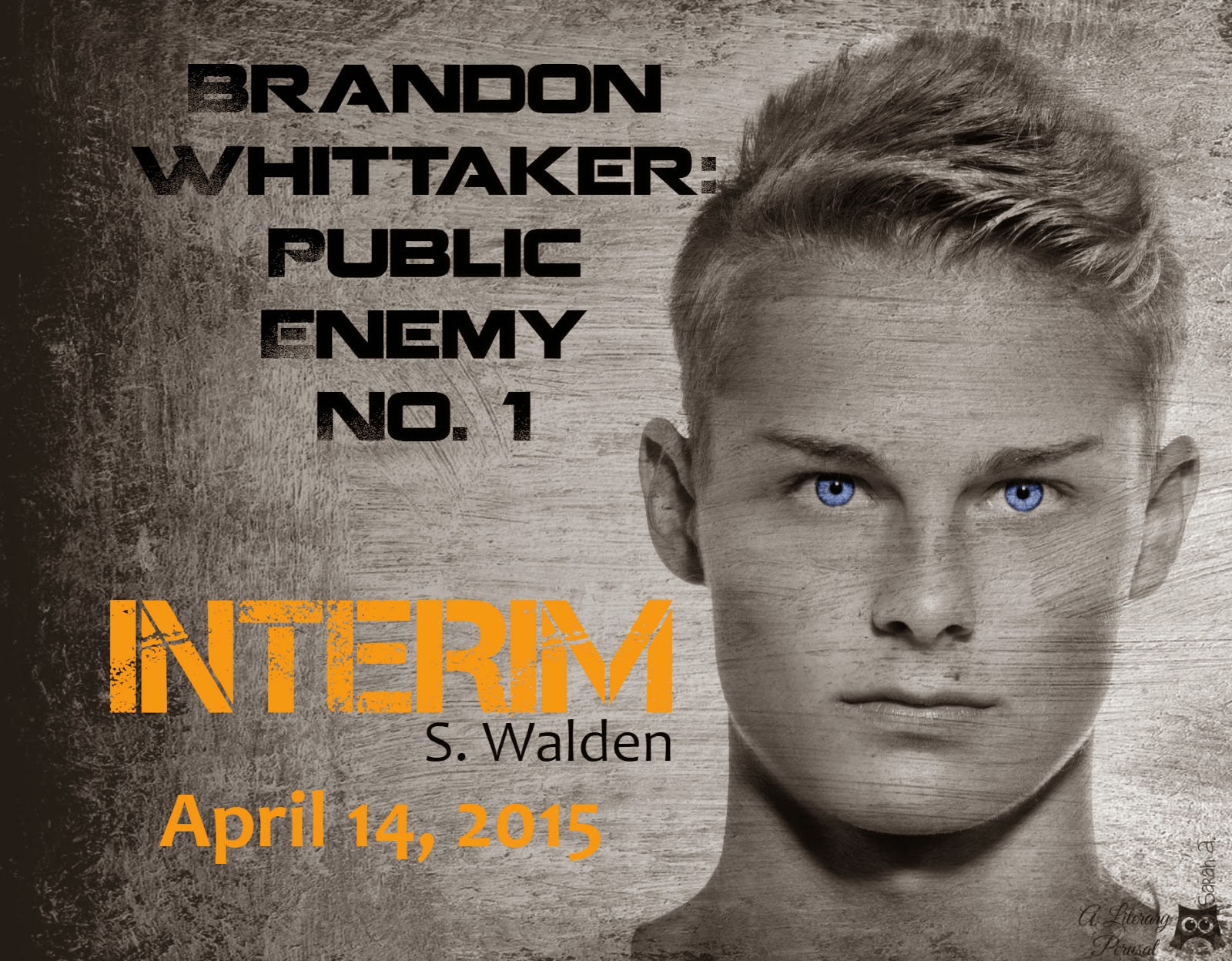 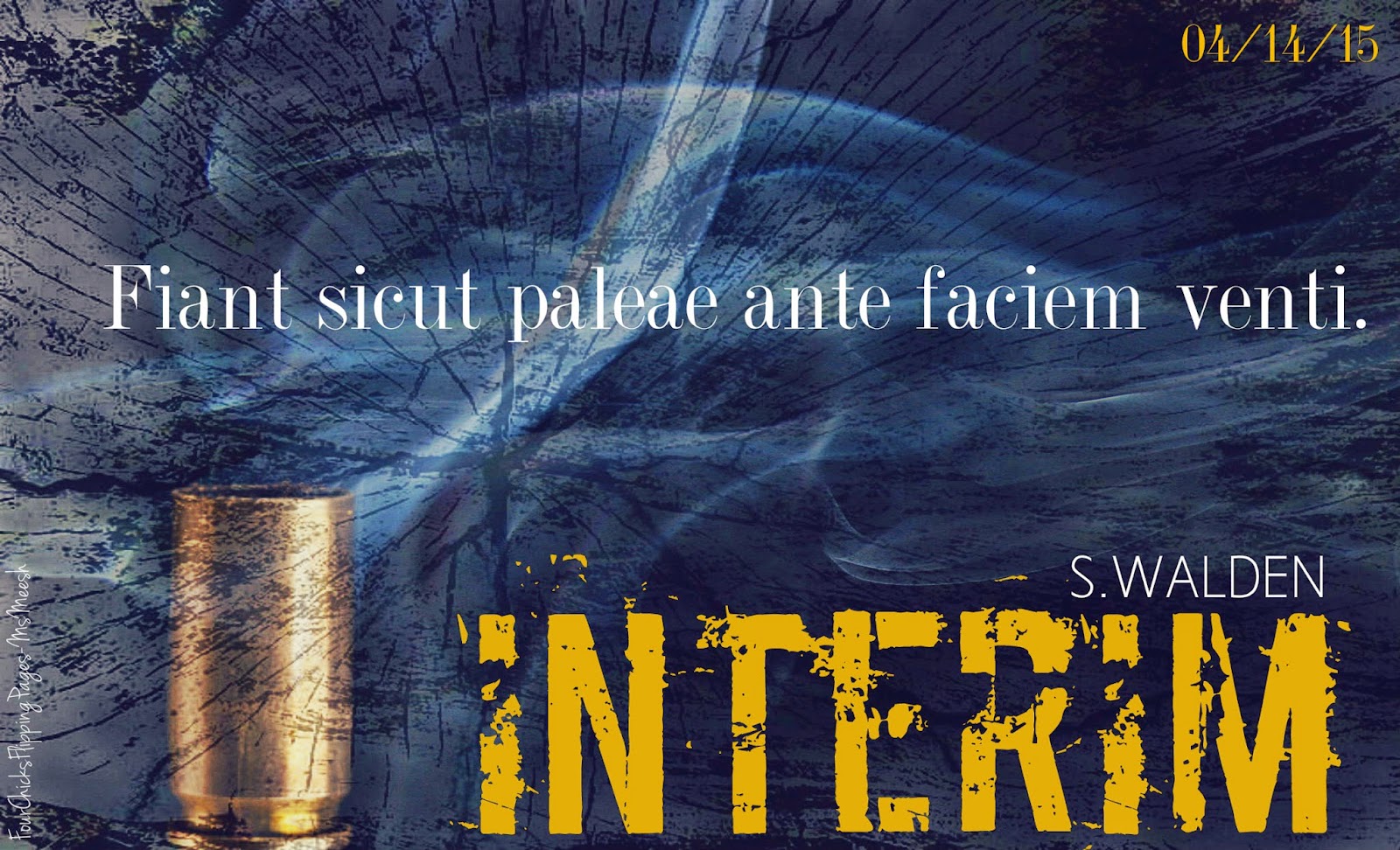 ENTER THE GOODREADS GIVEAWAY HERE
Posted by S. Walden at 12:00 AM No comments:

By the time Interim hits the digital shelves, it will have been over a year since I've published. It feels really good to get back out there, and I'm glad it's this story I'm sharing. Jeremy waited a long time, and I'm so happy I finally mustered the courage to tell his story.

WARNING: Interim is a New Adult standalone that contains graphic language and violence, including gun violence. If school shootings are an especially sensitive topic for you, then I urge you to refrain from reading this book. 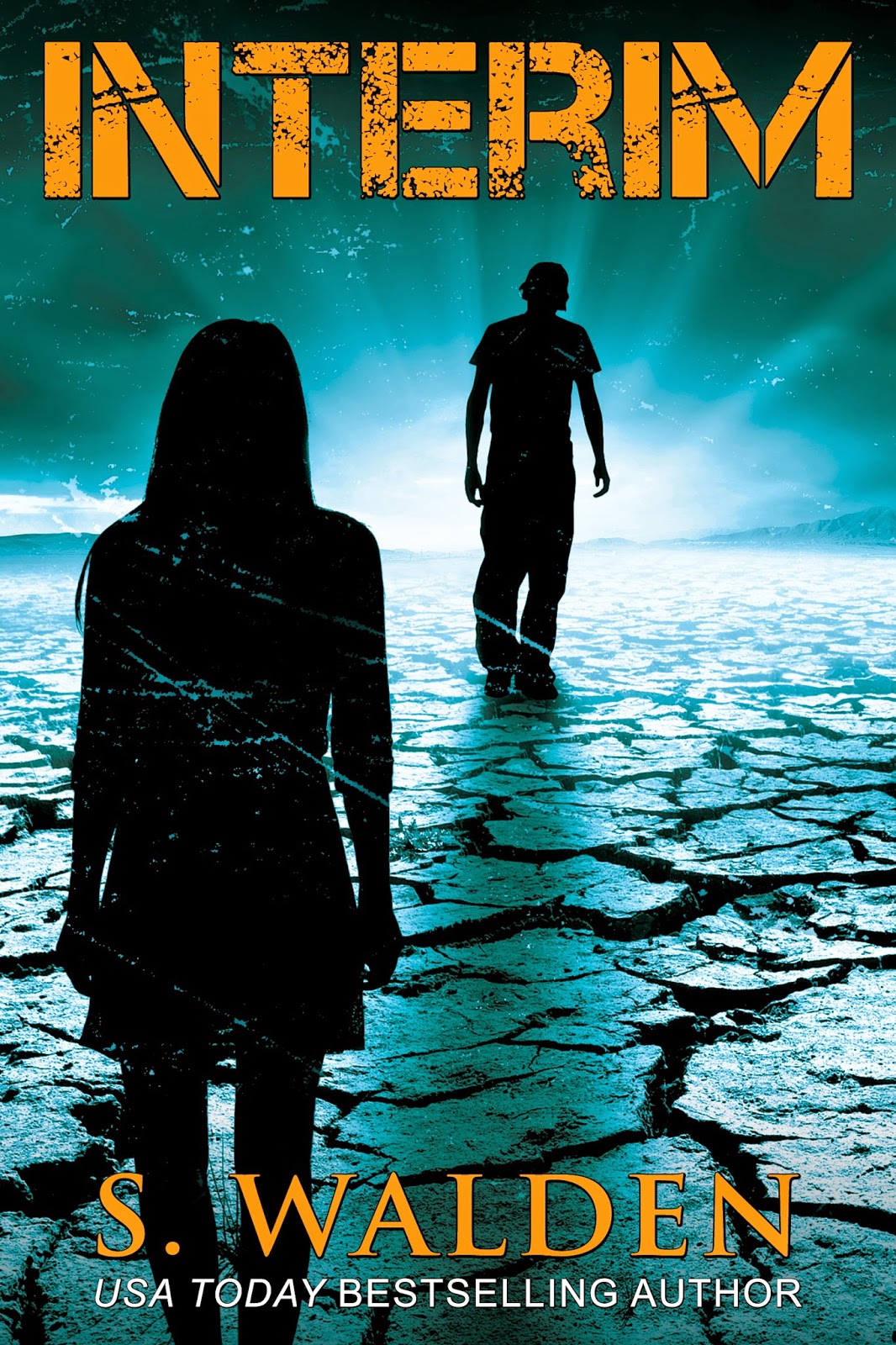 Who was he? What was his purpose? He knew it once. Once, a long time ago, he decided to be a hero. He decided to avenge himself and all the other kids who were helpless against abuse. Once, a long time ago, he learned the difference between justice and mercy. He learned when justice was required. He learned when mercy was allowed. Once, a long time ago, he faced himself in the mirror and saw a stranger—a better boy than he could ever be. A boy with a mission. A boy with convictions. And he reached out to take hold of that boy, through the looking-glass, falling into a wonderland where righteousness ruled supreme and evil was destroyed with the pop pop! of a gun. The world made sense to him. Then.
Posted by S. Walden at 6:00 AM No comments: